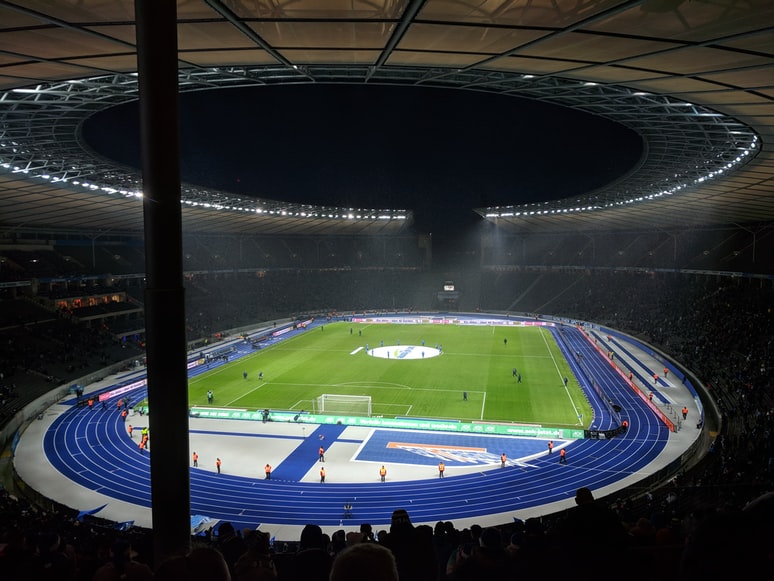 It is no more news that soccer is enjoyable and this has been so for decades. The evolution of the sport has also enhanced the love that folks have for the game in one way or the other.

Also, the fact that soccer is a sport that bets can be placed on is another factor why the game has continually attained popularity and followership.

When it comes to soccer betting, there are many options that abound that folks can take advantage of, and many folks do not understand what these options entail.

One question that continues to persist amongst soccer betting enthusiasts is; What does soccer betting mean on a soccer bet? In this article, we will be providing a perfect answer to this question so that you can understand what the concept means in the soccer betting industry.

Where does the -1 concept come from and how is it used? Read on to understand.

Bookmakers will suggest “handicap betting” when they are aware that one team is much superior to the other and has a greater chance of winning.

Therefore, to win the bet, one team, typically the one that is considered to be the favorite, is given a “handicap” before the start of the match which is a deficit that the team needs to make up while still defeating the other team.

READ: What is the meaning of a cap in soccer?

What Does -1 Mean On A Soccer Bet?

When it comes to betting on soccer, what does a “-1” mean? Finally, in order to help you answer the question; What does a -1 mean on a soccer bet?” consider these two instances below.

With this option, Burnley who are the minnows in this game are already leading 1 nil and favorites Liverpool are down by 1 goal before kickoff.

Therefore, If you bet that Liverpool will come out on top, they will need to do so by a margin of at least two goals for you to be able to win the bet.

However, if they win by a score of 1-0, the game will be ruled a tie, and you will be refunded your money. Betting on Burnley to win in such a game is a very bad idea, as the arrangement indicates that they are away from home and Liverpool are the overwhelming favorites.

READ: What is a brace in soccer?

Normally, Liverpool would be expected to beat Burnley with ease and this is always the case in the Premier League. However, if Burnley loses the game 1 nil, your money will be refunded as the game is a 1 all draw based on the option.

It is arguable that Bayern Munich is the best team in the German Bundesliga, and the Bavarian giants are the favorites to win more than ninety percent of the games they play throughout the season.

Bayern Munich are the team that everyone in Germany is trying to beat, and when they are playing well, they are capable of beating any team with relative ease both domestically and on the European stage.

Let’s say Bayern are competing against a Bundesliga 3 team in the DFB Pokal and the match is held away with Bayern as the visitors. You should know that the Bundesliga giants are overwhelming favorites regardless of the venue against a team from the third tier of German club football.

There is a one in two hundred chance that Bayern Munich will prevail in the match, which means that wagering on the Bundesliga 3 side would be a waste of money.

If the handicap concept is introduced here, you will find out that Bayern’s tiny odds for a win will increase. It could be -1, -2, or even -3 against Bayern for a reasonable odds to be assigned to the Julian Nagelsmann-led side.

In this scenario, you could give Bayern a handicap of anywhere from -1 to -5 goals. If you go with the -1 option, it means that Bayern Munich will already be down by a goal before the game begins.

If you give Bayern a -3 handicap, they need to beat the Bundesliga 3 side by more than 3 goals for you to win your bet on them.

They must win by a margin of at least four goals, which is quite likely given the increased likelihood of the Bavarian giants coming out on top despite the odds.

READ: What is the meaning of a Clean Sheet in Soccer?

Favorites are assigned the -1 option

If you look at the odds, the favorites will almost always have a minus sign in front of them. For instance, in the scenarios that were presented earlier.

If you find out that both of the competing teams have the – sign next to them, this indicates that the bookies are unsure about which club would be considered the favorite for the forthcoming match.

During major games, this occurs quite frequently. One notable example is the Europa League final that was held in 2021/22 between Eintracht Frankfurt and Rangers where there was no clear favorite.

Meanwhile, betting in favor of the underdog is not a solid strategy for the long run because it only has a little chance of paying off occasionally. I bet that your question; What does -1 mean on a soccer bet has been answered. Do well to share.