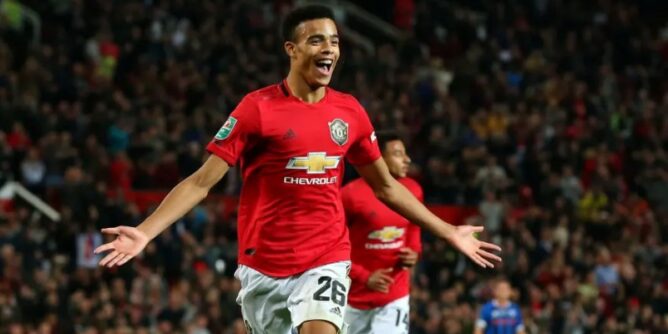 Man United boss Ole Gunnar Solskjaer has lauded Mason Greenwood for his professionalism, noting that the whole English press have targeted the youngster after he was dismissed from international duty last month.

The 19-year-old has established himself as one of the key players at Old Trafford after making his first-team debut in March 2019, hitting the back of the net 19 times and recently making his international debut for the Three Lions.

It can be recalled that Greenwood was sent home from his first England camp after breaking COVID-19 protocols in Iceland. He has also recently been warned about his behavior and his time-keeping by the club according to reports.

Regardless, Ole in his press conference on Friday ahead of the Premier League game against Chelsea at Old Trafford on Saturday, brushed the issue aside, with the youngster in line for a return to action for the game.

“You do (make a target for yourself) when you play well and I’m not concerned at all with Mason making a target of himself,” said the United boss.

GET THE LATEST FREE FOOTBALL PREDICTIONS FOR TODAY

“He’s come in, he’s played fantastic, he played his first league game against (Arsenal) last season, was brilliant and just kicked on.

“Yeah, he’s made a mistake this summer with England and suddenly the whole English press go after him and that’s something we’ve got to look after.”

Solskjaer added that Greenwood was a “fantastic boy to work with”.

“I have to disappoint you, he’s never, ever late for training, he’s never a problem when he’s in the training ground,” he said.

“He’s always on time. I’ve seen the stories, actually some ex-United players talking about him and they don’t really know anything what they’re talking about because, well, we’ve got photographers outside the training ground every day so they can check the time every day.”

BOTH TEAMS TO SCORE PREDICTIONS FOR TODAY

The Norwegian boss added: “He’s a good trainer, he trains really well, and I cannot believe all these stories about him not being professional.”

Mason Greenwood was not involved in the Red Devils’ UEFA Champions League defeat of Paris Saint-Germain at the Parc des Princes on Tuesday due to undisclosed reasons.

However, he’s expected to be available for the game against Chelsea including other notable absentees in that game like Edinson Cavani and Harry Maguire.