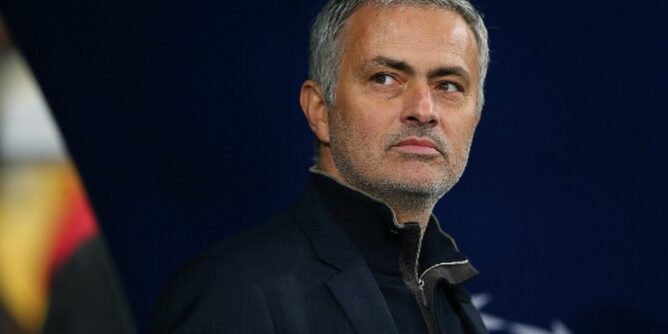 Jose Mourinho’s appointment as Roma boss has been applauded and the Portuguese manager was humbled by club legend Francesco Totti’s comments ahead of his tenure which begins in the 2021/22 season.

It can be recalled that the former Chelsea, Manchester United, and Tottenham Hotspur manager put pen to paper on a three-year contract with the Serie A outfit after he was relieved of his duties as Spurs manager.

His appointment was welcomed by Totti who established himself as one of the most iconic players at the club as the Italian heaped praises on Mourinho.

“Mourinho, when he arrives, will say what he thinks,” Totti was quoted saying during an ambassadorial event in Rome. “We are waiting for him to arrive. We have taken on the strongest coach in the world.

“Would it have been nice to be coached by Mou? When I was young, yes.”

READ: De Jong to miss rest of the Euros for the Netherlands due to injury

Mourinho appreciated the Italian’s comments and took to Instagram to respond on Thursday. The Portuguese comments came alongside a photo of him and Totti when he coached Real Madrid in a game against Roma. He revealed his admiration for the Italian:

“Thanks for your words Francesco, too bad I arrived four years late. Training you would have been a pleasure.”

Jose Mourinho’s comment also included the hashtag #UnCapitano as a way of acknowledging the player who spent all his career at Roma.

Reports suggested that Mourinho was set to be unveiled by the club at the Colosseum before his job began but the plans have been canceled.

Mourinho thanked the Friedkin family after his appointment in May as the American owners of the club trusted him to lead Roma forward and in the right direction next season.