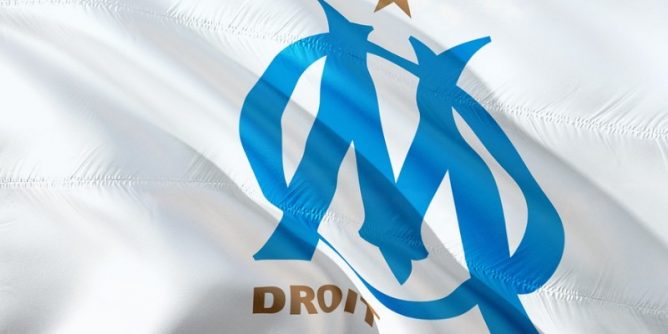 Football, they say is a beautiful game but the reverse was the case when two Ligue 1 clubs, OGC NICE and Olympique Marseille engaged in combat when the game was ongoing.

The uncontrolled anger and controversy ensued in the French Riviera last month as the Ligue 1 football round 3 match between Nice and Marseille transcended into an unprecedented upheaval.

The emotional heat has been on the high side as fans(who have not been inside the stadium for over a year) are beginning to get attached to the game more and more, but players and those managing the football affairs are expected to know better, they’re obliged to keep their emotions in check and probably walk the high road when pandemonium of this magnitude ensues.

Unfortunately, the situation escalated and everything was torn apart when Olympique Marseille midfielder Dimitri Payet was hit by an object from the ultra emotional fans. He then launched the object back towards the stands. A pitch invasion followed afterward.

OGC Nice were leading 1-0 15 minutes into the game. The problem started when home fans threw a projectile and invaded the pitch.

The game could not proceed and had to be abandoned due to tussles. Ligue 1 have now taken disciplinary action against erring officials, players, and others involved in the melee.

Former West Ham star, Dimitri Payet, has been found culpable and has been given a punishment of a one-game ban after he threw back a bottle that struck him from the dugout, his action ignited rage and provoked a crowd of Nice supporters to run onto the field.

OGC Nice were penalized for their involvement with a two-point deduction, with an additional one of them suspended.

The hosts have been hit most by the LFP’s final disciplinary committee’s ruling but many of Marseille’s representatives also face unprecedented sanctions.

Another person caught in this quagmire was Payet’s teammate Alvaro Gonzalez. He’s has been handed a two-game ban for his involvement in the hullabaloo on the pitch.

Olympique Marseille physio doctor Pablo Fernández that ought to be an exemplary figure was caught on camera punching a Nice fan and has been banned from all Ligue 1 activities for the rest of the season.

The game has been rescheduled. Nice vs Marseille is set to be replayed at a neutral ground behind closed doors. Neither of the two clubs would be allowed to be cheered up by their fans.

OGC Nice had to play their Ligue1 fixture before the international break against Bordeaux which they won 4-0 without any spectator in the stadium. And according to reports, that will be the case for their next two matches, including the replay against Marseille.

The effect of the points deducted from OGC Nice is that they’ve dropped down to fifth on the Ligue 1 table with six points from three games, one point behind Marseille their most recent opponents.

The return of fans to the stadium after 18 months of absence due to Covid-19 pandemics wasn’t meant to bring chaos but a joy to football.

READ: Gernot Rohr worries over the absence of key players against Cape Verde

Unfortunately, they brought humiliation, trouble, and rancor to the Derby. It was an unbudgeted experience for viewers across the globe. They wouldn’t have thought of seeing a game of that magnitude in such a marred manner.

The actions from  Ligue 1 against the two clubs are justifiable. This would serve as a deterrent for other clubs and prevent any future occurrence.