10 Biggest Football Stadiums in The World

Football is a sport that is designed to be played professionally in the confines of a magnificent edifice known as a stadium. It is a no-brainer that a football stadium is a venue for a football game although other sports can also take place in it.

We’ve seen some beautiful stadiums with lush green pitches and state-of-the-art stands for spectators over the years, but can you pinpoint the biggest football stadiums in the world?

In this article, we will be throwing more light on the biggest soccer stadiums in the world in 2023, and we hope that you will find the information very helpful and useful.

READ: What Does -1 Mean On A Soccer Bet? Full Guide 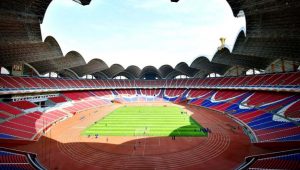 The Rungrado has for a time been retained as the biggest stadium in the world with a staggering capacity of 150,000. Though, critics are of the thought that the claimed capacity is not genuine since North Korea has maintained a very highly secretive capability for decades now.

All we can talk about the stadium is its continuous use for football matches and the hosting of the Arirang Festival, a gymnastics and artistic performance event. And the stadium capacity has never been modified since it opened, but the ground was renovated between 2013 and 2015. 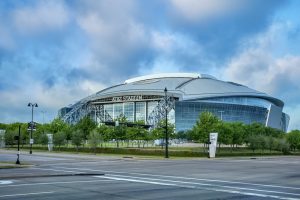 AT&T Stadium is the home of American football’s Dallas Cowboys, and the stadium has as well been used to host football matches. It is located in Arlington, Texas, the location is currently the largest domed stadium in the world.

Its roof can retract and there is a high-definition television screen situated at the center of the stadium which also nets the biggest screen ever in the world. To emphasize a bit more the AT&T stadium has a 105,000 capacity which is second to the highest in the world.

READ: What is a Winger in Soccer? 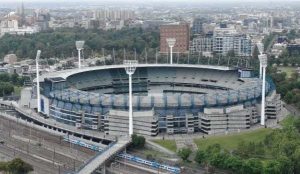 But as the need arises, it was used to host football matches and its first FIFA-recognized international football match was in 1997 which was a World Cup qualifying game played by Australia and Iran.

Lately, it has seen the events like popular European clubs, like Manchester United and Juventus. The stadium is well known in Australia colloquially as “The G,” and has a capacity of 100,024. 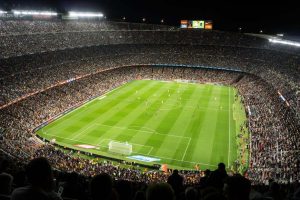 Since 24th September 1957, Camp Nou has been the home of FC Barcelona. And has hosted the home games of the Catalonia national team and in 1992, the stadium was used amongst others to host the Spain Summer Olympics.

Also, the stadium has seen two matches of the Champions League finals and in 1982, it hosted one of the semi-final FIFA World Cup matches.

READ: What Does A Defender Do In Soccer? 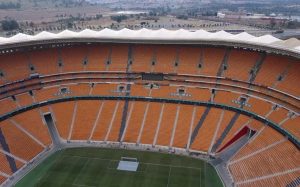 The First National Bank Stadium (FNB) and also referred to as Soccer City or the Calabash, is where South Africa home matches are hosted as also rugby games.

It doubled as the home ground of the South African Football team Kaisa Chiefs FC. It hosted the African Cup of Nations in 1996 and 2013 and other games when South Africa hosted the FIFA World Cup in 2010. 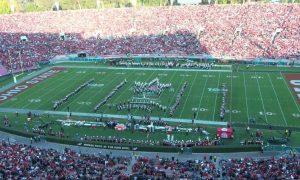 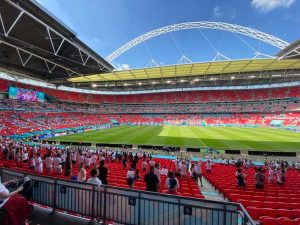 Wembley Stadium is located in London, England, and has a capacity of 90,000. Though, it was later rebuilt to include high-techs and other overwhelming facilities in the stadium.

The first Wembley Stadium was completed in 1923 and the current stadium was built from 2002 to 2007. What makes the stadium stand out is its giant arch that serves as the main support structure for the roof. The stadium is used to host the Football Association (FA) Cup Final every year. 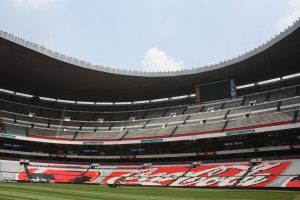 The field has been used concurrently by clubs such as Necaxa, Atlante, Universidad Nacional, Atletico Espanyol, and Cruz Azul.

This stadium holds its reputation in world football and it was used to the host first two FIFA World Cup finals. English football fans will forever remember this stadium as it was where the famous Maradona’s ‘Hand of God’s goal was scored in 1986 in the quarter-final between England and Argentina.

READ: What is a brace in soccer? 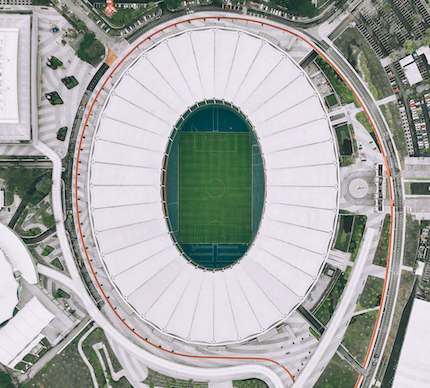 The Bukit Jalil National Stadium is structured in Kuala Lumpur, the capital of Malaysia. It was completed in 1998 and hosted the Commonwealth Games the same year.

And currently the largest stadium in Southeast Asia. It has also been used to host many international football games, and its currently being used to host Malaysia’s National Football squad. Its capacity is 87,411.

Borg EI Arab stadium was completed in 2007 and has a capacity of 86,000 fans and spectators. It doubled as the second-largest stadium in Africa which was a move initiated when Egypt was denied to host the FIFA World Cup due to capacity requirements.

It later held the FIFA World Cup in 2010. And in 2017, the stadium saw massive fans fill its capacity during the 2018 World Cup qualifying match between Egypt and Congo.

READ: What is the meaning of a Clean Sheet in Soccer?

The aforementioned 10 stadiums in this article are the biggest football stadiums in the world and have been used to host many international football tournaments in the past and in recent times.