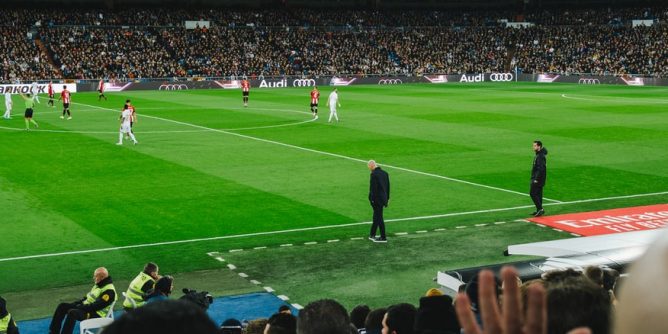 Los Blancos will be hoping to end their last game of 2021 with a win after being hit by an outbreak of COVID-19 that has affected 9 players in the first team after they tested positive.

They will face Athletic Bilbao at San Mames on Wednesday night for their final game of 2021. Carlo Ancelotti is in a tight corner ahead of this game and will be without his assistant Davide Ancelotti who also tested positive last week.

He will be without the likes of Marcelo, Modris, Marco Asensio, Andriy Lunin, Rodrygo Goes, and Gareth Bale. This wasn’t a major cause for concern as most of the players on the list were not major starters except for Modric.

However, things got worse on Tuesday when Isco and David Alaba joined the list of infected players. Other players who are absent due to injury are Dani Carvajal and Dani Ceballos. The worst of all is the absence of Casemiro due to a suspension for the accumulation of yellow cards.

Therefore, the squad is without a host of key players for the game and this would force Ancelotti to improvise. In between the sticks, there will be Thibaut Courtois, Toni Fuidias, and Diego Pineiro on the list.

In defense, the likes of Miguel Gutierrez and Rafa Marin will join the list. In midfield, Toni Kroos is the only mainstay and would be joined by Eduardo Camavinga and Fede Valverde, alongside youngsters Sergio Arribas and Antonio Blanco who would make up the bench.

Karim Benzema should be available for the game at San Mames and we’d get to see Eden Hazard play on the right again. Junior Vinicius is expected to start whilst the likes of Mariano Diaz and Luka Jovic would be on the bench alongside youngster Peter Gonzalez.