In CS: GO (Counter Strike : Global Offensive), it doesn’t matter which map you’re playing on as there are always going to be certain factors that set you apart. If you have a good aim and are familiar with the map, you may be able to stay one step ahead of the other competitors.

In one-on-one encounters, you will need to rely on yourself for the most part; however, you can give yourself an advantage by throwing a few key grenades or smokes that can catch your opponents off guard.

In the game, there are certain areas on the map designated as grenade spots and they enable players to toss throwables to important locations on the map without drawing attention to themselves from the opposing team. Find below, some of the best grenade spots in Dust 2. 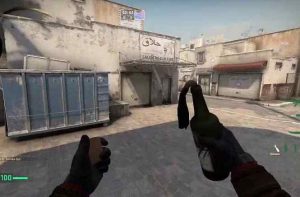 Since the map Dust was reworked in CS: GO, players have been leveraging the new car position because it provides a subtle cover where players entering from A Long cannot see the player.

Therefore, eliminating all of the enemies in this position is one of the most essential tasks that must be completed before bombsite A can be taken or retaken. It is possible to clear it with little effort by arranging a Molotov or an incendiary grenade from A Long.

The CS: GO player can easily spread fire in the new car position and flush out the hidden player. The player only needs to jump and throw the Molotov. 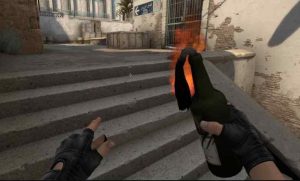 When trying to take the A site, your opponent will almost always be camped out right at the site, waiting for you to get close enough so that he can surprise you. In most cases, this will happen. A Molotov is all you need to force him out of hiding.

Stop by the left wall and aim for the bottom of the last stair when you’re pushing via short, as shown in the picture below. As soon as you are ready, you should begin to push, and as soon as you hit the box in front of you, you should jump-throw the grenade.

3. The long A corner smoke

This should be leveraged by players who want to pass the A-side. Once the long corner smoke is executed perfectly, the CT’s vision will be blocked and the player will be able to move through the long doors with ease.

However, there is a chance of the enemies blindly finding their way through the long doors after their vision has been blocked. Do well to know that the smoke can be found in the T-spawn and can be located when you move toward the right side of the building which is close to the outside long.

All you have to do is to aim for the second valve of the pipe on the wall and jump while throwing the smoke in a way that it lands between Blue and the side pit, thereby distorting the vision of anyone that is taking a peek from long A. 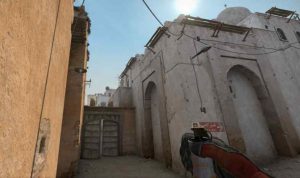 There are times when a strong offense is the best way to defend yourself. You are going to need some cover, primarily from the top mid, if you are playing an eco, or if you simply want to surprise your opponents by aggressively taking control of the mid or lower tunnels.

Because of this, it is a good idea to smoke T’s vision so that enemies can’t see you when they are looking at you from the top mid or right side mid positions.

This smoke can be executed easily. After leaving the CT spawn area and heading toward the middle of the map, immediately turn right when you reach the wall and position yourself in the corner. Toss the smoke in that direction, with the top left of the ladder in your line of sight.

Following a smoke with a flash grenade can come in handy occasionally and help in fully blocking your opponent’s vision for a short while, giving you the chance to make the move you desire. This step is ideal in eco rounds when you want to move to A through long.

When you throw flashes, they will land at the same spot and distort the vision of enemies who want to see through the long doors. All you have to do is make a move to the outside long, aim for the top edge of the wall behind the car, jump as you throw the smoke, and run towards the long doors.

Quick thinking will pay off significantly in this scenario. The CT players around the B side will likely run towards A and you will be expected to block their vision. This smoke will allow you to hamper the line of sight just below the short A.

All you have to do is turn left after passing through the long doors and target the middle of the tiles before you look right. Aim for the back of the antenna. However, in contrast to previous scenarios, you have to throw the smoke without jumping.

In most situations, the CT team will have a backup player in the middle who will have the space to assist both A and sites depending on where the T pushes.  This player has a clear line of sight thanks to the B door, but the smoke prevents them from reaching an accessible peak.

You should make your way to the upper B tunnels and then look at the ceiling while you are standing next to the box that is close to the door. Toss your smoke into the space between the gaps in the lower right corner.

8. The B entrance smoke 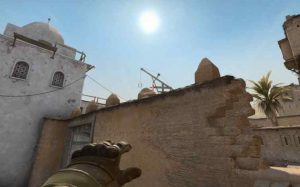 It is well-known that the B site on Dust 2 is one of the more difficult ones to retake, especially if the terrorists have a greater number of people under their control.

Players who are retaking the site from CT will have several positions to check, and they will also need to remain vigilant at the entrance to the location, where one or more foes may be hiding in wait for the ideal opportunity to strike.

It is best to smoke their vision either to simply flush them out of the building or to prevent them from successfully making a move while you are inspecting the building itself.

READ: How To Votekick In Phantom Forces

To accomplish this, you will need to position yourself outside of the window position and direct your aim toward the edge of the middle section of the wooden crane.

The deep CT cross smoke can also be considered as an alternative known as cross smoke. Because you won’t have to stop moving as you did with the previous one, this one may work better when you also need to push alongside your teammates.

After you have passed through the long doors, pull out your cigarette and aim for the edge of the crosswalk. Get moving in the direction of the long A, and then leap through the smoke. 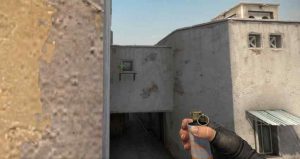 It should be known that the process of taking over the middle has changed and this is the case after some recent updates to the map. Therefore, players who are attacking must smoke off the xbox to enhance their chances.

All you have to do is stand close to the edge of a wall on the T-spawn and aim for the center of the little window at the building in front of you.

After this has been done, jump and throw the grenade and it should land in the middle of the xbox. This will successfully block the sight of the counter-terrorists who are manning the position.

READ: How To Cheat In Kahoot

The aforementioned spots in this article are some of the best grenade spots in Dust 2. Regardless, as you play the game often and get a good grasp of the terrain, you can also come up with some reliable spots that you can leverage in fighting against your enemies.