Who Played Michael Myers? (All The Actors Thus Far)

Michael Myers is a fictional character – a horror movie icon after his 1978 Halloween film. In the movie, he murders his older sister Judith gruesomely and goes on a killing spree.

There have been 11 sequels in the Halloween film franchisee, with the recent show filmed last October. Myers has shown in the movies that his quest for blood is uncontrollable and unstoppable. That‘s why he has always been on a killing spree of innocent victims in all the films.

Actor Nick Castle is the first actor to play the Myers character in the first Halloween film directed by John Carpenter.

He always wears a creepy mask which helps in portraying his roles. Due to this, nine other people have played these roles as Michael Myers – becoming notorious killers. Below is a list of actors who acted as Michael Myers and when they did.

Meanwhile, it should be known that the latest installment where the fictional Michael Myers came to life again was the recently released 2022 movie titled Halloween Ends. Do well to get your hand on the movie if you are a big fan of the Halloween slasher universe.

Tony Moran was also part of the first set of characters that played the Halloween film from 1978 – but as an unmasked Myers. He acted as the unmasked Myers, while Castle was featured as the masked Myers in the first installment of the movie series.

Dick Warlock was featured in the 1981 Halloween II. He was featured as a stuntman in Firestarter, Innerspace, and Escape From New York. His last movie was Spider–Man in 2002.

George acting as a stuntman was featured in Halloween 4: The Return of Michael Myers in 1988. He also acted in the 1995‘s Halloween: The Curse of Michael Myers. George P. Wilbur has also been featured in Escape from New York, The Perfect Storm, Star Trek II, and Die Hard.

He was featured as the evil protagonist in 1989‘s Halloween 5: The Revenge of Michael Myers. Other credits to his shows are Dumb and Dumber and High School Musical 3.

Durand was featured in Smpkin‘s Aces, Armageddon, Vantage Point, and Demolition Man. He was a stuntman in 1998’s Halloween H20: 20 Years Later.

Brad Loree is a Canadian actor and stuntman who played Myers in Halloween: Resurrection in 2002. He had other movie credits in Watchmen, Time Cop, and X2: X-Men United.

James, an actor who often plays a stuntman, was featured in the 2018 film incarnation and 2021’s Halloween Kills. He played Michael Myers, and the upcoming Halloween Ends later this year. 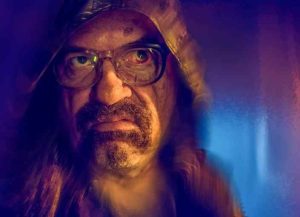 In the show, he killed his older sister when he was just 6 and was sent to an asylum where he was held for 15 years. His stay there did no good as he came out worse than he went in and transformed into a cold-blooded and vile killer.

From the list that has been provided in this article, it can be seen that 9 actors have played the role of slasher serial killer Michael Myers in Halloween-related movies.