What Is A Roster Friend In Lost Ark? 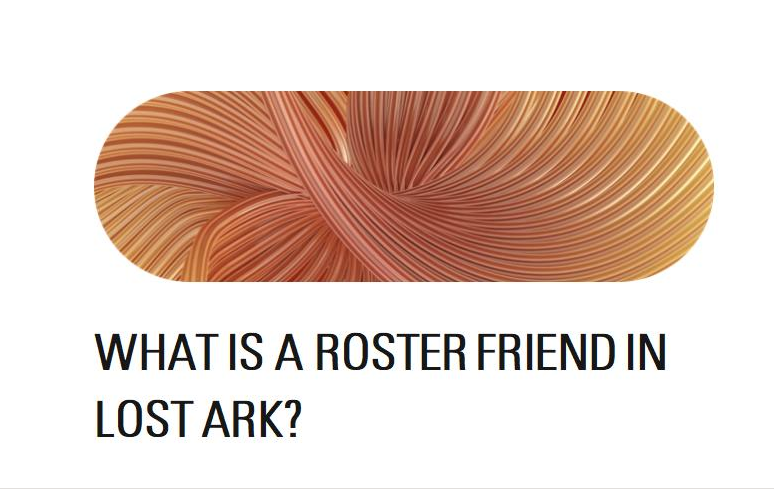 Lost Ark is one of the most recognized as one the most popular free-to-play games, and this is based on many factors. It is one game where gamers are allowed to control a variety of classes and engage in combat against monsters as well as other players.

Your friends can also fight alongside you in the game, and this is another brilliant social feature that the game offers. Surprisingy, the latter is the case although it is intended for players to take on the game’s tasks on their own.

When you begin adding friends, you will quickly realize that there are two different friend sections or categories in Lost Ark, which are referred to as Friends and Roster Friends respectively.

One piece of advice that should be taken into consideration is that your closest pals should be on the list of your Roster Friends.

Difference Between Friends And Roster Friends In Lost Ark

What Does Friend Mean In Lost Ark?

In Lost Ark, a friend is someone you just added. The game makes it possible for players to relate with a virtual character by becoming friends with them on the gaming platform. However, it should be known that the idea of a friend only relates to the most recent character that was introduced.

What is A Roster Friend In Lost Ark?

READ: How To Complete Lost Ark Her Majesty’s Secret

Who Qualifies To Be Your Roster Friend In Lost Ark?

If you play with a buddy who has more than one character in the game, adding that person as a Roster Friend will make it easier for you to remain linked with all of their avatars in the game.

Lost Ark will inform you anytime your Roster Friend’s multiple characters are accessed, and you won’t have to worry about keeping track of which character is currently being used by a Roster Friend.

Due to the vast number of playable styles and classes in Lost Ark, many of your friends will likely experiment with a variety of characters, which they will switch between at various points in the game.

It would serve you well to communicate with the people on your friend list to find out if any of them have more than one character. If they do, the best course of action would be to add them as Roster Friends to avoid any hassles in the future.

Your question on the differences between a Roster Friend and a Friend in Lost Ark has been answered in this article. We have thrown more light on both concepts and we expect you to leverage the information.

How To Complete Lost Ark Her Majesty’s Holiday – Full Guide