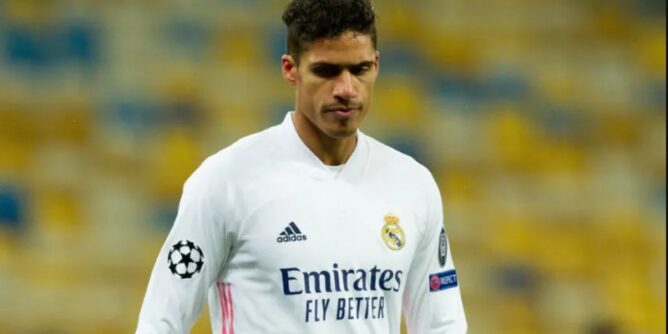 Liverpool have emerged as the major contenders for the signature of Real Madrid and French defender Rafael Varane as they are eager to resolve their defensive issues. This move should be expected as the Reds’ defensive woes have contributed to a poor challenge for the defense of their Premier League title.

Jurgen Klopp has been forced to rely on midfielders like Jordan Henderson, Fabinho, and an inexperienced Nat Phillips to cover in central defense in the long-term absence of center-backs Virgil Van Dijk and Joe Gomez.

They sought to strengthen and did so in the winter transfer window with the acquisition of Ozan Kabak and Ben Davies. Regardless, their defensive frailties have been further exposed and they are now considering a move for Varane.

Varane, 27, has won 3 La Liga titles and 4 UEFA Champions Leagues with Real Madrid since joining in 2011 and has also established himself as a key member in defense for Los Blancos.

Reports emerging from Spain suggest that Liverpool are in pole position for his signature as he enters the final months of his current Real Madrid contract.

According to Mundo Deportivo (via Sport Witness), the Reds are the main Premier League outfit interested in Varane. The Real Madrid man is reportedly seen as the perfect fit for van Dijk at Anfield and this will result in a world-class center-back pairing.

The report added that Varane may not continue at the Bernabeu although contract talks between the player and the club have opened. Regardless, the Reds will have to fork out close to £100million for Varane with Los Blancos keen to cash in on him if he fails to extend his stay.