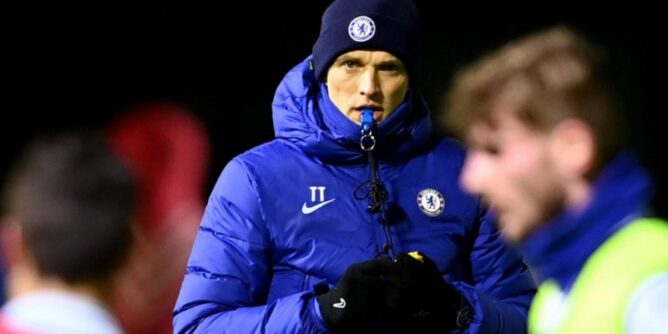 Chelsea’s new boss Thomas Tuchl has been asked to deliver immediate success as he starts off his era as the club’s new boss in the Premier League against Wolverhampton Wanderers at Stamford Bridge on Wednesday night.

It appears that Tuchel won’t be having any honeymoon period as club owner Roman Abramovich is not yet writing the season off despite the dismissal of Frank Lampard after suffering 5 defeats in 8 Premier League games, leaving the Blues in 10th position.

Regardless, the Blues are six points off fourth-placed West Ham and are still participating in the UEFA Champions League and the FA Cup.

Tuchel was contracted for 18 months and this is a pointer to how quickly he is expected to make his mark on the club. There is the option of an extension but this will depend on if he attains success with the Blues this season after the heavy acquisition of players in the summer.

She said: “It is never easy to change Head Coach in the middle of the season, but we are very happy to secure one of Europe’s best coaches in Thomas Tuchel. There is still much to play for and much to achieve, this season and beyond. We welcome Thomas to the club.”

Tuchel has received clearance to be in the dugout against Wolves tonight as he tested negative to coronavirus on his arrival to the UK.

Everyone awaits his lineup for tonight after conducting his first training session with the players yesterday evening. The German is also bringing his own backroom staff with him with the club due to confirm their appointments.

It is expected that the likes of trusted assistant Arno Michels and coach Zsolt Low will be part of the new managerial regime at Chelsea.

Tuchel said: “I would like to thank Chelsea FC for their confidence in me and my staff.

“We all have the greatest respect for Frank Lampard’s work and the legacy he created at Chelsea. At the same time, I cannot wait to meet my new team and compete in the most exciting league in football.

“I am grateful to now be part of the Chelsea family – it feels amazing.”