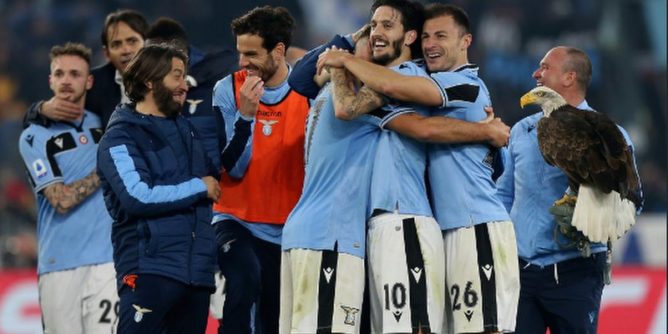 Italy’s Sports Minister Vincenzo Spadafora has given the green light for Serie A to resume on Thursday although they’ll have to wait a week longer than they had hoped for.

Spadafora made this known during a meeting with Italian soccer authorities via video conference after a medical protocol for matches was agreed on and approved earlier on Thursday.

“The meeting was very useful,” Spadafora said. “Now Italy is starting again and it is right that soccer starts again too.

“If the curve changes and the league has to be stopped again, the Italian soccer federation has assured me that there exists a plan B — playoffs — and also a plan C — leaving the standings as they are.”

It can be recalled that Serie A was suspended on March 9 after the Italian government imposed a nationwide lockdown because of the devastation of the coronavirus pandemic. The 20 teams in the Serie A initially agreed in a resumption date of June 13 earlier this month behind closed doors.

READ: Boga admits he’s not as skillful as Neymar

However, a government decree that banned sporting activities until June 14 was made. Therefore, the Italian soccer federation had no choice but to swiftly comply but hoped for a special dispensation.

“The league will restart June 20,” Spadafora said. “There’s then the possibility that the Italian Cup semifinals and final can be played on June 13 and 17.”

The Serie A has 12 rounds of games remaining, with an additional 4 games that were postponed from the 25th round. The Old Ladies are on a course for a ninth successive league title this season as they currently hold a one-point advantage over Lazio.

Meanwhile, Inter Milan are third in the Serie A and are nine points behind league leaders Juventus with a game in hand. This is good news for football fans in Italy after the Bundesliga resumed some weeks back.

The Premier League in England have also announced plans to resume on June 17. The announcement was made on Thursday.