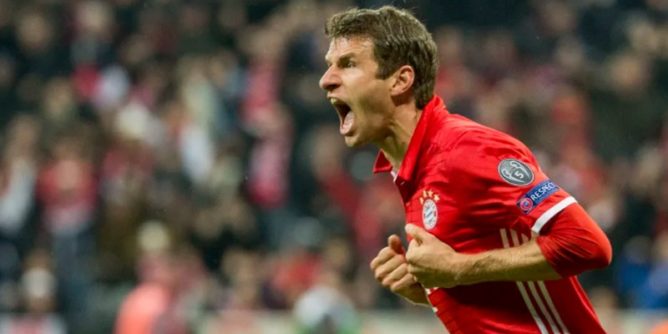 According to reports, Muller is currently unsettled at Bayern after seeing his playing time reduced and will seek a move away in the next transfer window.

However, Salihamidzic in a chat with Sky Germany has rejected the idea that Muller will leave Bayern Munich in January as there are many injury struggles at the club.

READ: Emery – Xhaka was wrong to react to jeers from fans

“That’s a story you want to write [Muller being sold],” he said. ‘We have two players [Niklas Sule and Lucas Hernandez] out for months and you are trying to tell us to sell a player. There’s no reason for doing this.”

This news won’t be a welcome one for the likes of Inter Milan, AC Milan, and Manchester United who are believed to have expressed concrete interest in the acquisition of the player when the transfer window opens in January.

Thomas Muller has been at the Allianz Arena since 2000 and was promoted to the senior side in 2008. He has gone on to represent the Bavarian giants in 327 Bundesliga games, scoring 110 goals in the process.