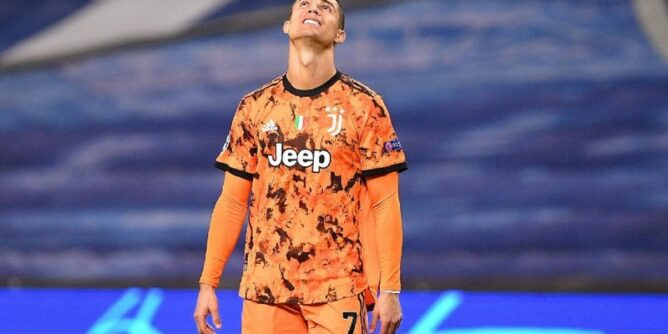 The UEFA Champions League returns tonight and Andrea Pirlo’s Juventus will be in action against FC Porto in the second leg of the round-of-16 encounter between the two sides.

The Old Ladies lost the first leg 2:1 away from home to Porto but will have the opportunity to make things right when the Portuguese outfit visits Turin.

Andrea Pirlo, in what has been an average season cannot afford to see his side knocked out of the competition at this stage, considering that domestically, their rivals are also putting up a good fight for the Serie A title.

Therefore, he will be relying on the genius of a Portuguese star against the Portuguese outfit in the person of Cristiano Ronaldo. It can be recalled that Juventus signed him to contribute majorly in their quest for UCL triumph.

All eyes will be on Cristiano Ronaldo as folks will hope that another UCL heartbreak does not occur tonight. Pirlo and his men must do all they can to qualify ahead of Porto as the UCL is a priority.

After all, Maurizio Sarri was sacked for the side’s poor UCL performance last season despite winning the Serie A title.

Juventus were knocked out of last season’s UCL competition by Lyon and they can’t afford to be knocked out by Porto this term. They have to make their away goal advantage count and this is where a superior talent like Ronaldo is needed.

Ronaldo, 36, has been a key man for the Old Ladies in the UEFA Champions League since his arrival and already has 10 goals in 10 home games for the side in the competition.

The Portuguese star will also be raring to go as he was rested for most of the league win against Lazio at the weekend.

The Portuguese is the man for the big stage and knows what is expected from him on the pitch tonight. Therefore, Porto will have to devise a means to annul his contributions on the pitch if they’re to stand a chance tonight.

Regardless, all the stars at Juve have no choice but to step up tonight. Porto are not the biggest team in Europe and it will be shameful if a side of Porto’s quality in recent times knocks them out of the competition.