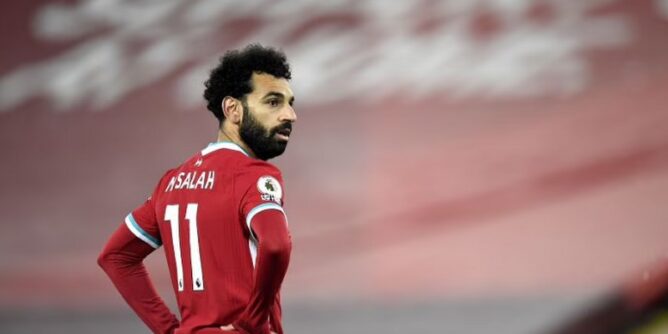 This is the case as it is believed that it will take a gargantuan offer for Liverpool to let go of their prized asset. Salah already has 24 goals in 26 appearances in all competitions for Liverpool this season but won’t be affordable, Calderon said.

The Egyptian has been in impressive form this season despite Liverpool’s struggles. The forward has been linked with a move to Real Madrid since the 2017/18 season where he scored 44 goals for the Reds.

The speculation also heightened after the Egyptian was asked about the possibility of a move to Real Madrid in the future in an interview with AS last year.

Calderon played the role of Real Madrid president between 2006 and 2009 and appears to have confirmed Los Blancos’ interest in Mohammed Salah, although he noted that the club would struggle to finance the move.

“He is a great player and a goalscorer. He helped Liverpool by giving his best, but I don’t think they will let him go,” he told ON Time

Sports, cited by Goal.“It is expected that, if they were to think about it, they would only let him go for a lot of money.

“Salah is wanted, of course, by Real Madrid, but Liverpool would ask for a lot of money and, if that deal were to be completed, it would be crucial.

“Salah is a great player with fantastic potential, and any club wishes to acquire such talents, but for Real Madrid I do not think they have the financial means to sign Salah.”