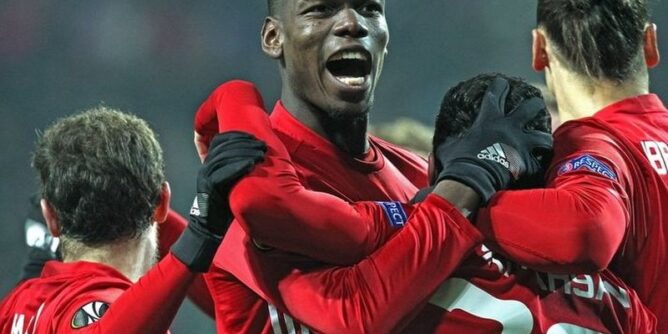 France international and Manchester United midfielder Paul Pogba has admitted that Juventus is the club where he learned and developed the most in his career, saying: ‘They teach you the football profession.’

It can be recalled that a young Pogba left Man United for Juventus on a free transfer in 2012 where he spent four seasons. He won Serie A titles, two Coppa Italia titles, and also played his part as the Old Ladies reached the UEFA Champions League final in 2015.

When asked where he learned the most in his playing career, the 28-year-old Manchester United midfielder who is playing a key role for France in the ongoing Euro 2020 competition replied:

“At Juventus. I was very young when I went there. It’s all about train, tactics and discipline. Especially discipline,” Pogba said in an interview with L’Equipe.

“You have to be disciplined because tactically, they are very sharp. Everyone really needs to be together,”

READ: The best free football streaming sites to use in 2021

“I learned defensively but also offensively. At Juve, I arrived as a defensive central midfielder and they made me evolve as a more attacking midfielder.”

Pogba returned to Old Trafford from Turin in a deal that was worth €100m in 2016 although the Biaconeri fans are still hoping for his return to Turin. The French midfielder still has a special bond with the Old Ladies and is still in contact with many of his former teammates in Turin.

Recently, rumors have emerged about his potential return to Turin in a conversation with Claudio Marchisio on Instagram. The former Italy international asked him to return to Juventus and he replied: “Ok Principino, next destination Turin.”

Meanwhile, Pogba’s current contract with Man United will expire in 2022 but his present salary of €18m-a-year will be a major obstacle to any potential return to Juventus