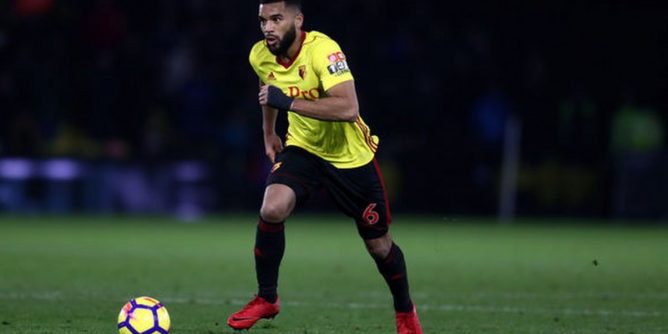 It can be recalled that Watford defender Adrian Mariappa was one of the Premier League positive coronavirus cases that were announced last week. One would wonder how the player has been faring since then.

Well, Watford manager Nigel Pearson has disclosed that Mariappa is doing exceptionally well despite being diagnosed with the disease which resulted in the suspension of the Premier League for more than two months.

The Jamaica international was one of the three employees of the club including two non-playing staff to test positive for COVID-9 during a routine screening as the squad returned for training after two months.

Mariappa is showing no signs of the infection and Pearson has come out to assure fans that the 33-year-old is feeling well.

“When I saw him for the test last week, I was sitting in the car park chatting to players as he came past so I had a chance to touch base with most of them,” the manager said in an interview with Sky Sports News.

“He looks exceptionally well and feels very well himself so I think it’s an example of how this virus can affect people in different ways.

“He’s following the advice and recommendations and isolating for a week. His family are all okay as well. I have no doubts in his case he’ll be fine when he comes back in.

“The point about this is there will be people who have the virus and who shake it off easily and some who are more susceptible.

“There are still a lot of unanswered questions. He’s disappointed he’s not in and we’ve got other people who are away because they have to self-isolate because of being in contact with people who have been tested positive, and then we have players who have decided they will continue to train on their own.”

Meanwhile, Hornets defender Christian Kabasele believes that the target of June 12 for the return of Premier League football will be impossible.

“I think it is impossible because it would be less than three weeks training after a long period without doing anything, it’s a risk for us,” he said.

“I’m not sure, I don’t have any information but I think we are not going to start June 12.

“The most obvious choice for me is the end of June. Like this you have at least four weeks to train with the team if it’s possible.

“We will see. For the moment it’s a big question mark on this.”