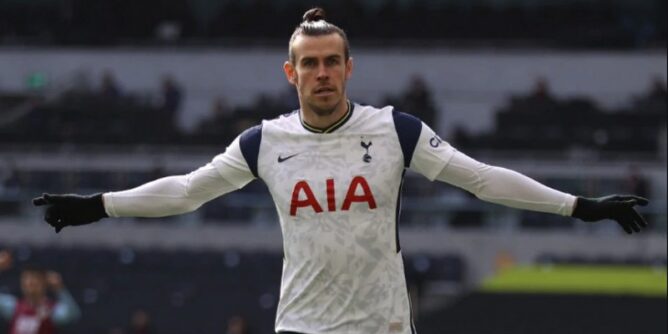 Spurs boss Jose Mourinho believes that Gareth Bale has overcome a psychological barrier in his return to top form at the club in recent weeks since his loan move from Real Madrid in the summer.

Since his return to Spurs, he has struggled to impress but has been top-notch for Mourinho’s men in recent weeks. Bale has contributed 6 goals and 3 assists in his last six games for the North Londoners in all competitions to help them stretch their winning streak to 4 games.

According to Mourinho, the player was psychologically scarred after series of disappointing injury-hit seasons at Santiago Bernabeu. However, he has broken through and is back to his normal self.

The Portuguese manager made this known in a chat with Spanish newspaper AS; ‘It is not that we have challenged him or anything,’

‘We have only supported him.

READ: Laporta – Messi will leave Barcelona if I’m not elected

‘I found psychological scars in him. When you are a couple of seasons with many injuries, the important thing is not only the muscular scars, but also the psychological ones, which bring fear and instability.

‘There is a moment when you are working well and when everyone around you is supporting you to the maximum. At that moment the psychological barrier is broken.

Meanwhile, the Welshman’s current form could earn him a permanent move to Spurs if he can stay consistent although he has one year left in his contract with Los Blancos.

The player’s impressive form in recent weeks is also a positive for Real Madrid as hopes of getting a club to make a permanent move for him in the summer have heightened.

The La Liga outfit will be interested in a permanent exit for the Welshman although a second loan spell to Spurs is a possibility.

Meanwhile, Spurs are currently paying close to £250,000 of Bale’s £650,000-per-week wages and another move will certainly see a renegotiation of terms.