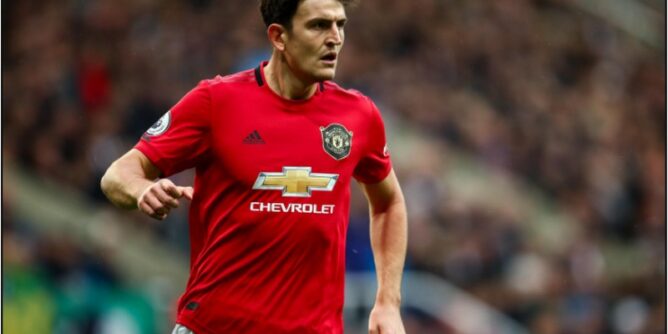 Man United captain Harry Maguire has called for improvement in the Red Devils home form in the Premier League. The Red Devils are yet to win any Premier League game at Old Trafford this term, gaining 1 point out of a possible 12.

Maguire believes there must be a significant improvement in the home form if they’re to challenge for trophies this season.

The defeat to Arsenal came as a surprise as they were coming off the back of a 5 nil thrashing of Bundesliga outfit RB Leipzig in the UEFA Champions League at the same venue.

Marcus Rashford bagged a hat-trick in the game and it was expected that the result would spur them on to a positive result against Arsenal. However, Mikel Arteta and his men begged to differ.

READ Leboeuf – Havertz disappears and must do more for Chelsea

“I don’t think it is a worry,” Maguire said. “It is disappointing because we haven’t won at home. It is something that has got to change if we are going to be successful this year.

“We have to get good home form, make it hard for people to come here and get wins.”

The 27-year-old center-back found it difficult to explain the loss after a positive result from their midweek exertions in the UCL.

“In midweek we came here and put on a great performance but there is something at the moment not clicking at home,” he said. “I can’t analyse it too much now… I’m disappointed, as we all are in the dressing room.”

The Red Devils will now travel to Turkey to face Istanbul Basaksehir in the UEFA Champions League on Wednesday. If they garner all three points from the game, then their place in the knockout stages could be as good as secured.

After this, they will clash against third-placed Everton in the Premier League on Saturday. The Toffees will be eager to prove that their opening season form is no fluke as it has seemed after back to back Premier League losses.