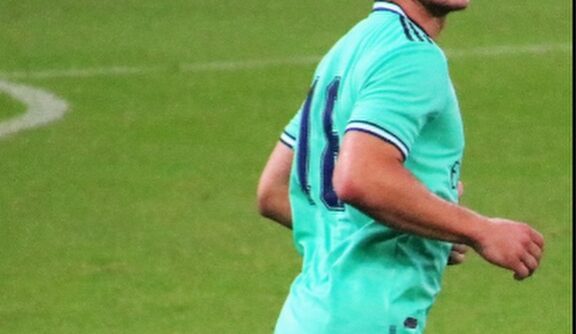 Real Madrid striker Luka Jovic has made his intentions known ahead of the coming season. It could be recalled that the forward spent the second half of the 2020/21 season on loan with Bundesliga outfit Eintracht Frankfurt as he found it difficult to get games at the Bernabeu.

Jovic joined Real Madrid from Eintracht Frankfurt in 2019 in a deal worth €60 million but has made just 21 appearances for Los Blancos in La Liga since his arrival.

He has also been heavily criticized for his performances in the games he has played due to the fee he was signed for. However, the Serbian has insisted that he didn’t move to the Spanish capital by accident.

Regardless, he didn’t rule out another loan move after meeting with new boss Carlo Ancelotti and having little dialogue with him.

“I haven’t spoken with the new coach Ancelotti about my situation,” he told Diario AS.

“He has started preparing and I am giving everything I can in every moment, trying to impose myself and to be best prepared as possible for the new season.

“I try to give a positive impression and show what is my best.

“Many things have happened in recent years.

“I am sure that I could have been better, but I want everything to turn out well in the end. I didn’t come to Real Madrid by accident.”

On the possibility of another loan move, Jovic added: “Some things will be important for me, to be in a good league and to have chances to play.

READ: Kane refuses to turn up for Spurs training for the second day

“After all the time that I had away from the pitch, given my age, if there is a loan, the priority is to be at a club that recognises my quality enough for me to be a constant option as a starter.”

Meanwhile, it is expected that Jovic may be the second option to Karim Benzema ahead of the new season but that’s if he’ll be part of the team. However, the Italian manager will have to assess him and see if he can make a big impact as a sub if he stays put this season.