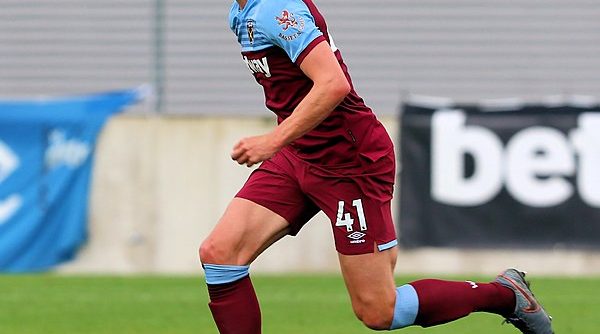 There are reports that Declan Rice would leave West Ham for Manchester United but Glen Johnson has dismissed the idea although he believes that Rice would be an ideal fit for Old Trafford.

Rice has been very impressive for West Ham this season and is expected to attract major interest from some of the big clubs in the summer.

Glen Johnson who played as a defender for the Hammers stated that Rice would be an ideal signing for the Red Devils but doesn’t think that the midfielder would favor a move to Old Trafford,

‘I don’t think Manchester United could get anyone better than Declan Rice. If he was available, I think Chelsea or Liverpool would be in front of them anyway.

READ: Morata set to join Barcelona on loan with option to buy

‘Those players only come around once. United have got [Donny] van de Beek or whoever and they try to sign all these players in that position for loads of money and it’s just never worked.

‘There used to be a time when, anytime Manchester United came calling, you go. It was the number one place. Everyone wanted to go. But they don’t have that appeal anymore.

‘I don’t think he’d end up there whether they want him or not. But in terms of their business, I think they should just sit tight and wait until the summer and weigh the whole situation up with everybody.’

Meanwhile, Rice and West Ham are fighting for a place in the UCL next season. They sit fifth on the log behind local rivals Arsenal, who sit fourth with the same number of games played. They face a struggling Norwich side on Wednesday in a game where they are favorites.