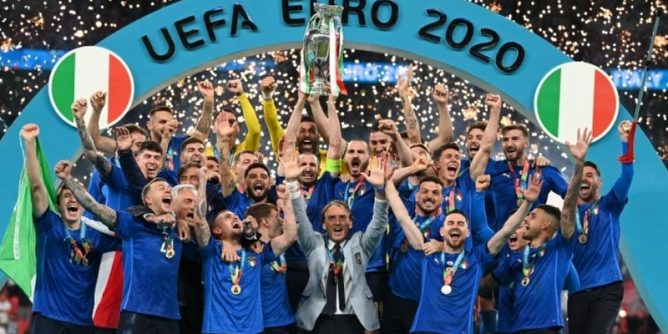 Football expansion is one of the hot topics making strong waves this year in the media. Recently, former Arsenal manager Arsene Wenger, who is currently the head of global football development for FIFA made a proposal for the World Cup to be held every two years.

This idea erupted mixed feelings, some old-fashioned football fans frowned against the idea, while some countries whose desire to appear in the Mundial unequivocally embraced it.

Another football projection has been conceived. Italy, EURO 2020 Winners have been scheduled to play against Copa America winners, LA Albicelesteof Argentina in a new game between the two continental champions, UEFA and CONMEBOL have recently made the pronouncement.

Planning this match they say is part of the expansion based on mutual and sustainable understanding between the two corporations; UEFA and CONMEBOL, which by extension includes women’s football, futsal and youth categories, the exchange of referees, as well as technical training schemes.

The fixture has been scheduled to take place in June 2022 following a consensus between the two governing bodies UEFA and South American counterparts CONMEBOL, which will propel further editions of the event to be held between major international men’s tournaments.

The venue of the inaugural match between the two continental champions has yet to be announced.

UEFA In a statement reiterated; “the agreement represents the “broadening of their existing cooperation with CONMEBOL and will also cover women’s football, youth categories, and referee exchanges”

The football journey of the two countries opening the inaugural match isn’t far-fetched. Italy defeated the Three Lions on penalties in July to clinch the rescheduled European Championships while La Albiceleste of Argentina edged Brazil 1-0 as Lionel Messi recorded the first major international trophy of his career.

The next schedule of the European and South American championships tournament will be in 2024, the winners of both tournaments would be the expected participants for the following summer.