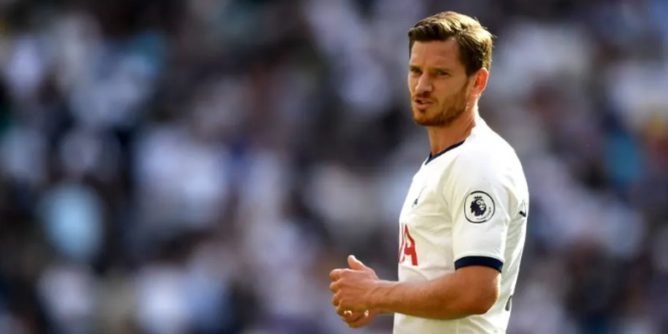 Inter Milan are interested in bringing Jan Vertonghen to the San Siro next summer according to reports. The Tottenham defender is yet to put pen to paper on a new deal and could leave for free at the end of the 2019/20 season when his contract expires.

The club have ruled out a January exit for the Belgian towering center-back. Meanwhile, Vertonghen has started 6 of 10 Premier League games for the club thus far.

He played the whole game when Spurs were thrashed 7:2 by Bayern Munich in the UEFA Champions League. He was on the bench in the 2:1 loss to Liverpool at Anfield in the Premier League last Sunday.

Inter Milan are preparing to offer Vertonghen a 3-year-deal which Tottenham won’t be willing to offer him considering that he’ll be 33 at the end of the season.

Vertonghen, alongside the likes of Danny Rose, Christian Eriksen and Toby Alderweireld have been tipped to leave Spurs at the end of the season. Meanwhile, the Belgium international refused to commit his future to Spurs last month.

“I would prefer not to go too deep into that but there is always some movement,” he said.

“I am very ambitious, I feel like I have a couple of good years left in me. I hope I can help the team.

“It is my eighth season here, I have had a great past and I am feeling great in every single way here, that is all I want to say on that.”