How Many Innings Are In A Softball Game? – Full Guide 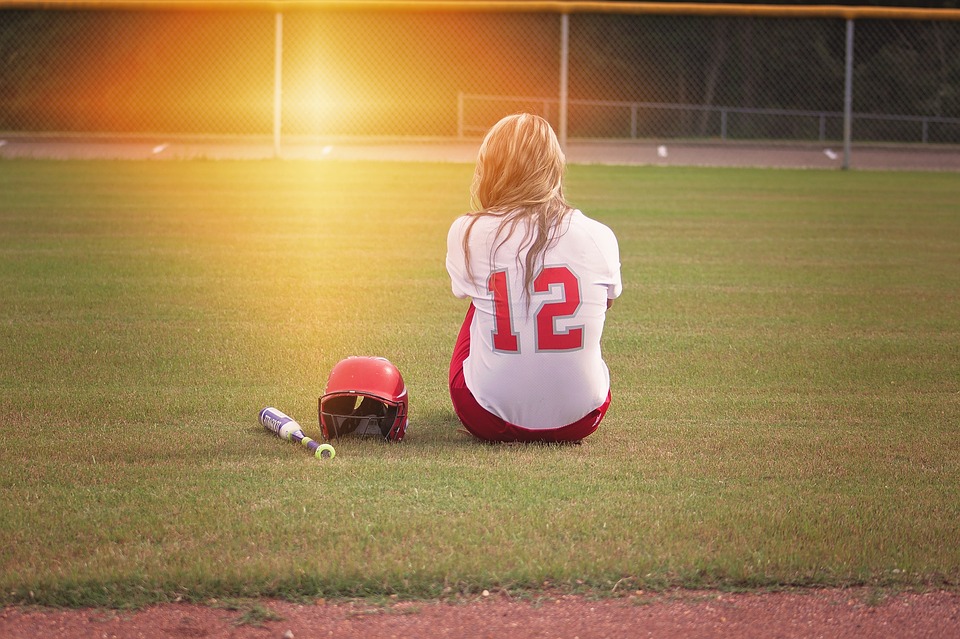 Softball is an exciting sport that bears similarities with baseball although it is played with a larger ball in comparison to the latter. The ball used is around 11 to 16 inches or 28 to 40 cm in circumference.

It should also be known that softball is played competitively at the club, college, and professional levels. Before we discuss how many innings are in a softball game, we have to know a little about what the game entails and this is for the benefit of newbies in the sport.

The sport is attracting fans and many of them do not know much about the game. This article will throw more light on your understanding of softball at various competitive levels.

The rules of the sport also differ slightly from baseball rules. However, due to the field being smaller and the bases and fielders being closer to home plate, the game advances faster than traditional baseball.

The entire infield in fast pitch softball is dirt, and softball mounds are flat, whereas baseball mounds are a little inclined. Baseballs are hurled overhand, but softballs are pitched underhand. This alters the arc of the ball as it approaches the plate.

It should also be known that Softball games are played for a set number of innings or until the allotted playing time is up. Each inning allows the teams to bat and score additional runs.

READ: How Many Baseballs Are Used In a Game – Full Guide

How Many Innings Are In A Softball Game?

Except for youth softball, which has six innings, a softball game contains seven innings. Innings can be as short as three outs in a row, or they can be considerably longer if a team continues to score. The game may be cut short if there is a mercy rule in effect.

How Long Are Innings In Softball?

When a softball game lasts seven innings, each team will be in the field seven times and bat seven times.

However, not all softball games last the entire nine innings. If the home team is winning after the visiting team bats in the seventh inning, there is no reason for them to bat again, and the game is ended.

Or, on occasion, a mercy rule is in place. If one team leads by a significant margin after a particular number of innings, typically by eight runs in the second half of the game, the game is over and the team in the lead wins.

READ: How Long Is a Baseball Game? – A Comprehensive Guide to Baseball Rules

How Many Innings Are In A College Softball Game?

At the college level, a softball game is seven innings long. The official NCAA softball rules for the number of innings in a game are as follows.

A regulation game is seven innings long unless:

The first exception to the regulation is if the game is tied after seven innings, in which case extra innings will be played. Teams play extra innings until one of them breaks the tie.

The eight-run rule, which is a mercy rule, is the other exemption. If one team leads by eight runs or more after five innings, the game is over and the team with the lead wins.

How Many Innings Are In High School Softball Game?

READ: What is MVR in Baseball?

How Many Innings Are In A Youth Softball Game?

Depending on the age of the players, youth softball games last six or seven innings. Softball games are six innings long for the youngest players, typically those in tee-ball and early elementary school.

At these levels, players are still learning the game, and pitching is slower than it will be when the girls become older, so they only play six innings.

Softball games are seven innings long until the players reach the age of nine to eleven, depending on the league. As the players are older, they understand the game and can pitch faster, allowing them to play another inning without the games being significantly longer.

How Long Is An Inning In Softball?

A softball inning has no predetermined length, and it can vary depending on the number of pitches the pitcher must throw and the number of hits the team at bat receives.

A softball inning can be as short as three pitches if each pitch results in a hit ball and an out. However, innings can linger much longer if the fielding team struggles to get out while the batting team continues to get on base, whether by walking or hitting.

READ: What is Double Double in Basketball – Full Guide

How Do Softball Innings Work?

Softball innings are similar to baseball innings. This is because the visiting team bats at the opening of each inning while the home team is on the field. When the fielding team gets three outs, the top of the inning is over.

The bottom of the inning then begins, and the teams switch. This indicates that the home team is batting and the visiting team is on the field.

They move on to the next inning after the top and bottom of the inning, and so on until the game is over.

Is it possible to play extra innings in softball?

Extra innings are played in a softball game if the score is tied after all of the regulation innings, which are usually six or seven innings.

READ: How many stitches are on a Baseball?

What is the average length of a softball game?

However, since there is no established time restriction for each inning, it is difficult to estimate how long a softball game will last.

Games may be completed in less than two hours if teams do not score frequently and innings are short. If a team scores a lot, the innings will be longer than usual, and the game will last longer than two hours.

If a game goes into extra innings, it can take much longer than two hours to complete, depending on how many additional innings are required.

Does Softball Have A Time Limit?

Softball does not have a time limit. The game continues until the seven innings are finished, or six and a half if the home side wins.

However, in certain softball leagues, generally for small children, there is a time limit and a specified number of innings. When the first of the two limitations is achieved, the game is over.

Softball games for young, primary school-age children are timed since they move at a slower speed.

At this stage, the girls are still learning the game and honing their pitching skills, many games do not go the full number of innings before the time limit expires. The games would take much longer than the normal two hours if they waited to finish every inning.

A high school or college softball game will only be limited in duration if it is part of a tournament or if there are back-to-back games.

Although there is no time limit for high school and college-level softball games, there is one for how long teams must warm up between innings. They usually have 90 seconds to get on the field and begin the new inning after the previous one ends.

READ: How many players are on a baseball team?

The Longest Softball Game Ever

The NCAA record for the longest softball game was 31 innings. Creighton’s matchup against Utah was an elimination game that Creighton needed to win if they didn’t want their season to end.

In 1984, Texas A&M and Cal Poly Pomona played a 25-inning softball game during the Women’s College World Series. This game began on Thursday, May 24, 1984, and lasted 22 1/2 innings before being called off due to rain.

They played two and a half more innings the next day after the rain ceased. Texas A&M defeated Cal Poly Pomona 1 to 0 over two days and 25 innings.

Conclusion: How Many Innings Are In A Softball Game?

The question that brought you to this article has been thoroughly answered. Softball is a sport that is played at various levels and each level has its constraint and rules that determine how many innings that would be in a game as well as how long it would last.

The factors have been mentioned in this post. Do well to leverage the information provided here in your quest to enhance your understanding of softball.

How Much Does A Curling Stone Weigh?

How To Deflate A Volleyball – Full Guide

How Long Is A Lacrosse Game? – Full Guide