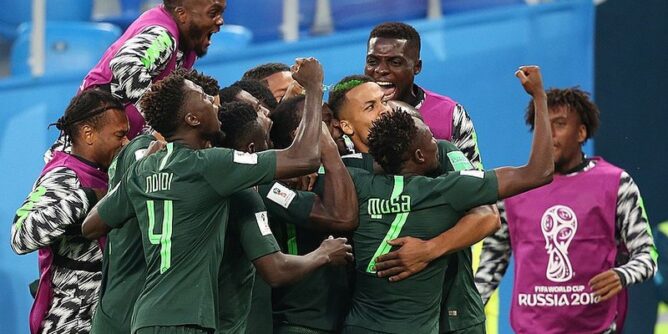 Super Eagles gaffer, Gernot Rohr, has been in unrest and in agonizing mood over the absence of his familiar legs that
will be unable to be on selection for the World Cup game against Cape Verde on Tuesday.

Although, some of the players (Alex Iwobi, William Troost-Ekong, Kelechi Iheanacho, Wilfred Ndidi, Joe Aribo were featured against the lone stars of Liberia and they defeated the visitors by 2 goals to zero.

Nigeria Super Eagles’ players playing for the clubs in the United Kingdom would not be on selection in their subsequent World Cup Qualifiers features against the Blue Sharks of Cape Verde.

EPL clubs are reluctant to release their players because it’d be mandated for those players to quarantine on return from red list countries. This would further hamper the progression in their football Calendar.

It would not only affect players’ welfare and fitness, but it’d significantly have an impact on the club’s trajectory because they would be unavailable to prepare and play in two Premier League fixtures, a UEFA club competition game and the third round of the EFL Cup.

About forty nations are on the United Kingdom’s (UK) red list countries and Cape Verde is one of them. It’s one of the amber alerts that made Super Eagles players plying their trade in England withdraw from participating in their next international game in Cape Verde.

This begs the question, why must they(UK) promulgate such law when they did the opposite during the EURO 2020 when some of the rules of COVID-19 they laid down were broken?

READ: Released Spurs defender has been linked with Arsenal

It’s understandable that the widespread of the pandemic and most recently the newly discovered Delta variant prompted the British government to put in place strict Covid-19 protocols and regulations to curb the widespread of Coronavirus in the United Kingdom.

But this cannot go without pointing out the nations this would affect in the process. Gernot Rohr, when he was interviewed about the development, accused the British government of double standards.

He reiterated: “England tweaked the rule to ensure a smooth Euros earlier in Jude this year, They were able to alter everything at the Euros when England hosted it, but now, they’re laying an embargo on players going out to represent their countries for the World Cup qualifiers.”

Super Eagles’ coach would now make do with the home-based players who from all indications, he doesn’t trust that much. The fixture could go either way.