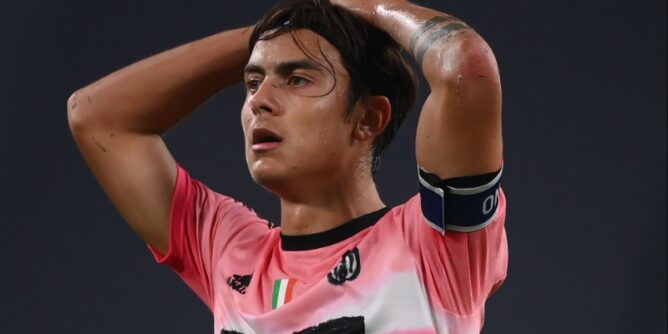 Juventus forward Paulo Dybala on Thursday tendered an apology for breaking COVID-19 rules by attending a house party with the likes of Arthur Melo and Weston McKennie.

According to reports, the Juve stars were fined by the police who received the alert from neighbors to the lockdown party at the residence of the US midfielder McKennie in Turin.

“I know that in such a difficult time for the world with Covid it would have been better not to make a mistake, but I was wrong to stay out for dinner,” Argentine forward Dybala stated in a post on Instagram.

“It wasn’t a party, but I made a mistake anyway and I apologise.”

READ: Rodgers – Leicester have proven that they can compete

The three players were not involved for their nations in the just ended international break as they were not called up due to injuries and could face sanctions from the club although no decision had been made yet.

Meanwhile, the Serie A defending champions have seen some of their players test positive for the virus this week after the return of the players who engaged in the internationals.

Center-back Leonardo Bonucci tested positive on Thursday and this was revealed by the club in a statement.

“Bonucci underwent a test for Covid-19 which came back positive,” Juventus said in a statement.
“The player has already been placed in home isolation.”

Turkey international Merih Demiral also tested positive and returned to Turin on a medical flight, the team revealed. The 23-year-old is currently isolating in the club’s J-Hotel. Therefore, both players will miss Saturday’s Turin derby against Torino in Serie A.