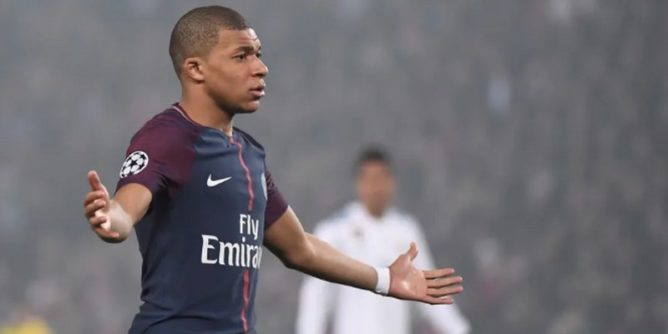 Lyon forward Memphis Depay has hailed Paris Saint-Germain’s Kylian Mbappe as an extraordinary player and an inspiration. Kylian Mbappe already has 8 goals and 4 assists to his name in the ongoing campaign in all competitions and Depay has admitted that surpassing the France international will be difficult.

In a chat with Canal+, Deapy opined: “It will be hard to dethrone Mbappe as the best striker”

“He is extraordinary. I think he’s an inspiration for all the attackers and a nightmare for the defenders. As an attacker, we love to see what he does.”

The Dutch international went ahead to fire back at critics who undermine the quality of the French Ligue 1, thereby watering down the achievements of forwards like Mbappe and himself.

“I think Ligue 1 is underestimated,” he said.

READ: Betting Tips: EPL Bets for this Week of the Premier League

“People do not know how high the level is. Some teams produce a very physical game, but also very fast. There are also many good players who are leaving this championship. They do a good job here, and I’ve seen it since I arrived.

“Am I surprised to still be in Ligue 1? Life always takes unexpected turns. My journey has never been easy. But, of course, I am ambitious. I am aiming for the top. We’ll see how long it takes. Only God knows.”

He revealed that PSG were previously interested in him before he made the move to Manchester United in what could best be described as a failed move.

He eventually left Old Trafford for Lyon where he has revived his career at both club and international level, establishing himself as a key figure in Lyon’s dressing room.

“A leader does a lot of things. I try to do as much as possible to have a positive effect on the team. I’m 25 years old and I have played a lot of matches. As a captain, I am a leader, but it has to come from the heart, from the inside.”