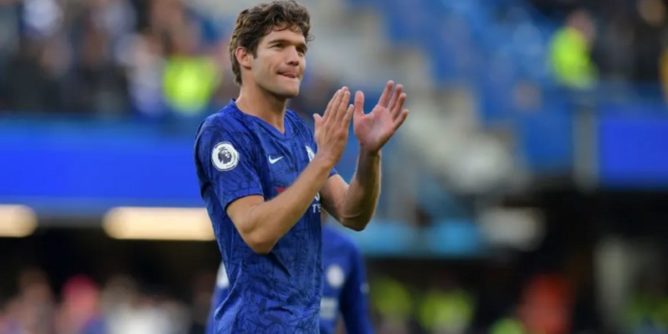 Chelsea’s ongoing pursuit of Achraf Hakimi has taken another turn as reports suggest that the London outfit are offering fullback Marcos Alonso in exchange for the highly sought-after Inter Milan defender.

The Blues want Reece James to face formidable competition for his place in the team and have identified Hakimi as a priority target for the right-back position as Thomas Tuchel wants to strengthen ahead of the new season.

The 2020/21 UEFA Champions League winners are believed to have lodged a bid of £51.5million for the Morocco international plus either Emerson Palmieri or Andreas Christensen as both players are considered surplus to requirements at Stamford Bridge.

The likes of Tammy Abraham, Davide Zappacosta, and Mateo Kovacic have also been reportedly put forward as potential makeweights in an agreement with Alonso being the latest name to join the list.

READ: Busquets rejoins Spain for the Euros after testing negative

Gianluca Di Marzio has disclosed that the Serie A champions have been more receptive to the latest proposal which includes Alonso than the previous offers with Emerson and Christensen.

It is believed that the 30-year-old Spaniard may fit the profile with Inter on the hunt for an experienced full-back after the departure of Ashley Young for Aston Vills this week.

Regardless, they must sell one of their high-profile players to balance their books this summer and this is what caused the departure of Antonio Conte from the club.

Marcos Alonso has played 166 games for Chelsea since joining from Fiorentina in 2016. He has played his part in the club’s triumph in the Premier League, FA Cup, Europa League, and the UEFA Champions League.

He still has two years left on his current Chelsea contract and has struggled to feature regularly for the Blues since the arrival of Ben Chilwell from Leicester City.