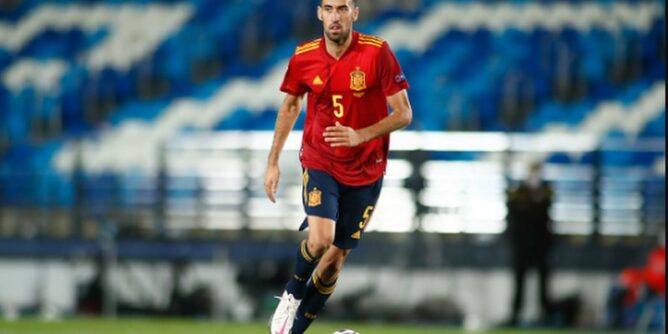 There is some good news for Spain as they will have their most experienced player in the squad returning for action in the European Championship on Friday.

According to the Spanish football federation, Sergio Busquets tested negative for COVID-19 on Thursday and will be allowed back with the team after being in isolation since testing positive for the virus on June 6.

Therefore, the Barcelona midfielder will be in Seville for Spain’s second group game against Poland but will likely not play after not being out of practice while in isolation.

Another Spaniard Diego Llorente was also in isolation because of the virus but the defender rejoined the squad after health officials determined that his test result was a false positive.

READ: Pogba reveals he learned the most in his time at Juventus

It can be recalled that fears of an outbreak of the virus forced Spain coach Luis Enrique to call up a parallel squad to train in a separate bubble just in case more positive results emerged in the team.

Personalized practice and routines were also put in place while the team’s last warm-up match ahead of the competition was prosecuted by their Under-21 team.

The full squad was also vaccinated just days before the game against Sweden. It must be noted that Busquets is the most experienced player in the squad and is also the only one left from the team that won the World Cup in 2010.

The Barca midfielder was replaced by Rodri Hernandez in the opener against the Swedes while Jordi Alba was handed the captain’s armband.

The duo of Busquets and Llorente were very close to being dropped by the federation but Enrique decided to wait for them. Meanwhile, the team will travel from their base in Madrid to Seville on Friday.