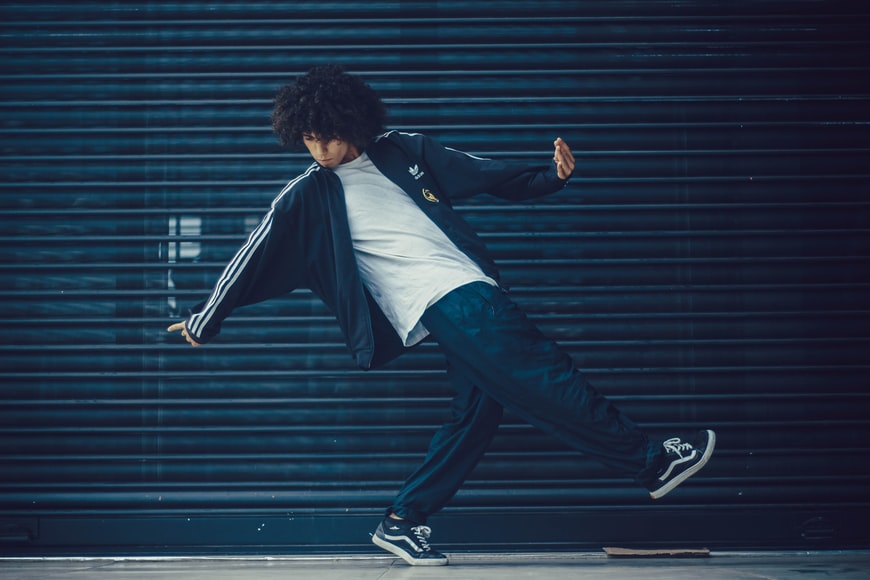 We are sure that a significant number of folks have heard about breakdancing and know what it entails since it has been around for decades.

Breakdancing can be described as a high-energy dance that is often done in hip-hop music and is distinguished by highly-styled footwork as well as acrobatic or athletic movements. It can also be recalled that it originated from folks of African-American and Latino descent in the 1970s in New York City.

Break dancing was a cultural mainstay that emerged. It was a symbol of the relatively new but very powerful hip-hop movement that was rapidly gaining popularity and attention all over the world at the time.

READ: What Are The Best Seats At A Baseball Game?

The legendary Michale Jackson comes to mind whenever breakdancing is mentioned. We’ve also seen some movies where the art of breakdancing was done and used as a means to entertain movie enthusiasts.

In this article, we will be looking at the best breakdancing movies ever. Do well to peruse our list and tell us what you think. Please note that the movies are listed in no particular order.

Breakin’ was directed by Joel Silberg in 1984 and is also known as Breakdance in the United Kingdom and Break Street 84 in other regions of the world.

The movie comes with a throwback appeal considering that it was developed at the pinnacle of the hip-hop movement when it was first released. When seeing this movie, also keep a lookout for the innovative performances and maneuvers that will blow your mind.

It tells the story of Kelly, who is a dancer and a ballerina. One day, she was giving her fellow student Adam a ride home when she observed several of Adam’s pals engaging in “war” with one another.

READ: Basketball Walking – What Does It Mean?

She was captivated by the intricate bodily movements of breaking, and she enjoyed participating in the activity.

Although the plot is not overly complicated, it is impossible to deny the film’s significant cultural impact. Breakin’ shows what early breakdancing looked like and how it evolved over the years.

This is one movie that will tickle your fancy If you are interested in finding out more about the street culture of the 1980s and is a fantastic documentary pick.

A group of pals in the Bronx has a conventional coming-of-age narrative in the film Beat Street. Kenny Kirkland, played by Guy Davis, is the primary character of the show.

Lee Kirkland, Kenny’s younger brother, is a b-boy for a group known as the Beat Street Breakers. In addition, the relationship between the brothers and their friend Ramon, a graffiti artist, is analyzed during the course of the film.

A number of groundbreaking performances may be found in this movie. The aesthetic is where Beat Street really shows off its strengths.

All the street scenes were captured on camera without any post-production editing or cleanup. It appears that this attention to detail or vice versa is what makes Beat Street such an important addition to this list.

After the Golden Age of Hip-Hop, people lost interest in the concept and its implications (the 1980s and 1990s). Regardless, there have been a lot of new releases recently that are at least interesting enough to check out.

You Got Served was released in 2004 and was written and directed by Chris Stokes. It follows Elgin and David, the leaders of a dance group that was widely regarded as being the most talented in Los Angeles.

Despite this, the movie was a commercial success thanks to its impressive dancing scenes and accurate replication of the look and culture of hip-hop.

READ: What is Netball? – Full Guide

Step Up making it to this list is a no-brainer. There is no question that Step Up should be included on this list of the finest movies about breakdancing.  Step Up would easily pass as one of the best breakdancing movies ever made and was released in 2006.

It portrayed a new world of dance in the new millennium that had never before been recorded on film for such a big audience. This new world was depicted in a way that was both realistic and entertaining.

The Step Up franchise got its start with this picture, which was followed by three more installments over the course of the following decade.

Step Up follows tells the story of a young man named Tyler, a breakdancer, who, after being sentenced to perform community service as janitorial work, meets a modern dancer named Nora.

They become friends and throughout the course of the movie, Nora instructs Tyler in ballet and modern dance, while Tyler instructs Nora in hip-hop and breakdancing.

Step Up is a great example of how many styles of dance can flow seamlessly into one another and how nicely one style can be merged into another. As we mentioned earlier, it is one of the best breakdancing movies that has ever been made.

After the moderate commercial success of the original Step Up, the sequel Step Up 2: The Streets was announced and eventually released in the year 2008.

The format for the movie did not change and consisted of dance with a touch of romance, although, it was shot with an entirely new set of characters.

Step Up 2: The Streets was based on the story of Andie West, a young woman from Maryland who is a high school student with dreams of becoming a street dancer.

READ: How Many Innings Are In A Softball Game? – Full Guide

From that point on, the narrative takes the conventional form of a coming-of-age tale, with Andie attempting to find her place in life while undergoing trials and tribulations along the way.

However, the movie received its fair of criticisms and negative reception from reviewers everywhere.

Regardless, as with other breakdance movies on this list, the dancing techniques and choreography are lauded for their excellence.

Step Up 2 is still up there with the best breakdance movies that you can get your hands on, and more so because it has a modern setting in comparison with the oldies that made this list.

If you are a sports fan and also a breakdance enthusiast, then this article was written for you. Do well to leverage this list of the best breakdancing movies that will excite you and get you enthralled in a world of breakdancing.

It’s Easy to Bet on Sports