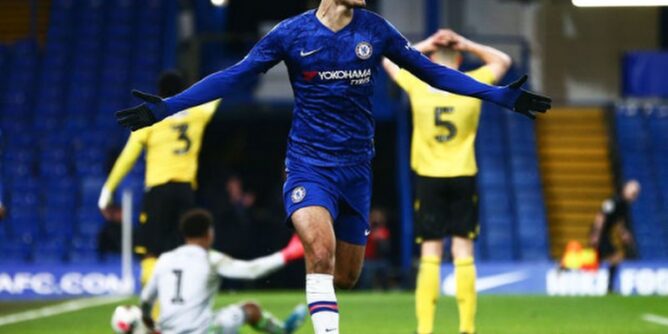 Chelsea youngster Armando Broja is set to complete a loan move to Southampton for the whole of the 2021/22 season as the Blues close in on a move for Romelu Lukaku.

The Saints want to improve their attacking options after the departure of Danny Ings to Aston Villa in a deal worth £30m last week and Broja is expected to be one of the two new strikers they are looking to sign before the closure of the summer transfer window.

The Saints have already had two transfer dealings with Chelsea this season with the acquisition of Blues’ academy prospects Tino Livramento and Dynel Simeu.

The announcement of Broja’s capture should be made in the coming days after he completed his medical on Monday. His performance for the Blues in the preseason was impressive and he also scored in the game away to Bournemouth at the Vitality Stadium. However, he would have very limited chances at Stamford Bridge this season.

READ: The best free football streaming sites to use in 2021

Meanwhile, Romelu Lukaku also completed his medical on Monday ahead of his £97.5m return to Chelsea. The Belgian is expected to travel to London later today or tomorrow to put pen to paper on a five-year deal that will see him become the highest-paid player at the club.

Tammy Abraham is another striker that may leave Chelsea this summer and has been linked with a host of clubs such as Arsenal, Roma, and Atalanta.

Roma need a striker to replace Edin Dzeko who is set to leave after agreeing terms with Inter as a potential replacement for Lukaku who is Chelsea bound.

The Saints are reportedly interested in a loan deal for Abraham but Chelsea are interested in an outright sale. Regardless, they have agreed a deal worth £15m to sign Blackburn Rovers striker Adam Armstrong who scored 29 goals in the Championship last season.