Video games have always been the only way that soccer fans have been able to connect with their team, apart from watching them play live on their TV screens or live at the stadium. The reason is that these fans will have the option of managing their favorite team, signing the best players for the team, and even inculcating their style of play on the team virtually. 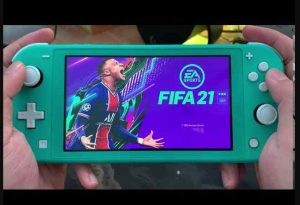 First on our list of best Nintendo soccer switch games is the FIFA switch game. A contemporary to the PES and the Dream League Soccer (DLS), the soccer game FIFA has been made to be available on the Nintendo switch.

With this game, you can play any of the national leagues of the world, including the top 5 European leagues, comprising the English premier league, Italian Serie A, Spanish La Liga, French Ligue One, and the German Bundes Liga.

And aside from these major top five leagues, players can also participate in several prestigious competitions such as the FIFA world cup, the UEFA Champions League, the UEFA Europa League, the UEFA Conference League, the Euros, and the UEFA Nations League. It should also be known that the players and teams in this game are updated yearly. 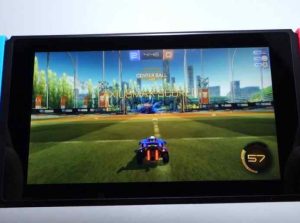 One of the best Nintendo soccer switch football games, Rocket League is a hybrid of arcade-style soccer. The game allows you to make changes to your team stadium, and players and even make changes to the matching football and customize it in your way.

There is a pretty popular Nintendo switch soccer game that has been played by most switch users. 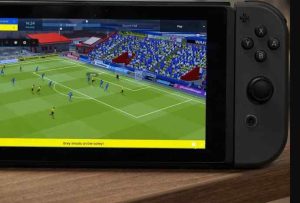 Third, on our list of best Nintendo soccer switch games is the Football Manager 2023 game.

Developed by Sports Interactive and published by Sega, Football Manager 2023 is actually one of the best football games that you can play on your Nintendo console.

It provides you with a sleek and thrilling experience and also allows you to play with the latest teams and players, as it makes a yearly update on teams. 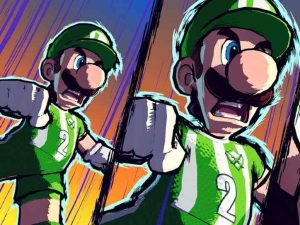 Quite an abnormal football game, Mario Strikers is one of the best soccer games that you can play on your Nintendo switch.

What makes the game abnormal is that it does not make use of referees, which somehow makes it weird as it allows you to do things that are outside of the normal football world, such as continuing to play immediately after a foul.

However, despite its abnormality, the game still takes record whenever a side scores a goal, or when there need to be some fouls.

Similar to Football Manager, New star manager is a football game available on the Nintendo switch which allows you to manage your team, as you would in real life if given the opportunity.

The team includes all sorts of teams as well as an updated list of players. Via the New Star manager Nintendo soccer game, you can implement your tactics on your favorite teams and have them play the way you want

Published by Size Five Games, Behold The Kickmen is a soccer game available on the Nintendo switch.

The game has a lot of differences from the regular football game that we all know, and this includes the laughable irregular movement of the ball when kicked, the number of players, the shape of the football pitch, and even the nature of fouls. It is an option for people who are bored and just want to relieve themselves.

Available in two modes, you can play the Super Sidekick game as a single-player and also as a multiplayer, competing with other real-life persons.

The Super Sidekick comprises twelve teams, competing in a cup known as the SNK cup. Your team will also be a participant in this competition, as you hope to emerge as the winner of the SNK cup.

A 2-dimensional game, the Super Sidekick game is one of the best Nintendo soccer switch games.

Last on our list of best Nintendo soccer switch games is the soccer brawl game. First released by SNK in the year 1992, Soccer Brawl is a fun soccer game on the Nintendo switch.

The game consists of different teams, including your team (selected team), battling for the championship. With the Soccer Brawl game, you can have a feel of what playing a soccer game on a Nintendo switch feels like.

Is There Any Football Game For Nintendo Switch?

Is There FIFA 21 For Nintendo Switch?

No, not really. Some Nintendo football games are not that free. However, the above soccer games are free for you to play on your Nintendo switch.